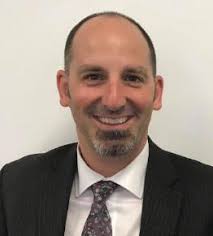 He was appointed superintendent of schools in the city of Long Branch in April 2011, and later expanded his leadership role through an intergovernmental agreement with neighboring Deal Borough School District (2014-2017). Over the course of leading  widely varying districts, he has developed a reputation as a personable, forward-thinking  instructional leader whose purpose is to ensure children matter most!

He firmly believes access is the great equalizer. He believes affording children access to modern technology and high-quality content creates learning opportunities far beyond the school walls. As a result, he has supported massive technology upgrades and deployments in both districts. Technology is essential in his vision for curricula enhancements, pedagogical relevance and assessment practices, which are parallel to his respective district’s revamped digital infrastructure. As a result, he continues to invoke a robust suite of educational tools  to ensure children now have the high-speed connectivity to bring content to life through video, web-tools and premiere digital devices. Teachers and leaders in his districts can quickly and accurately disaggregate student performance data to transform school and classroom practices when necessary—all in  an effective and efficient manner.

As a result of his district’s advancements, in 2014, the Long Branch Public Schools were recognized as the first cohort of innovative schools by the New Jersey Office of Innovation, better known through the #InnovateNJ initiative. This honor was bestowed upon 13 school districts initially and Long Branch Public Schools remains a pivotal leader in preparing students, teachers and leaders for the future as the N.J. Department of Education’s initiative continues to progress.

Currently underway, Salvatore’s promoting an aggressive paradigm shift in education by introducing career technical education processes to his earliest students. These career-based courses are designed to foster a unique skill-set and a pathway to future earnings. Specifically, in the early childhood centers and elementary schools, children are being exposed to the language of Code as well as the principles of engineering. Economists predict the job market in these technical fields will continue to flourish and  Salvatore wants to make sure his students are leading the way.

When the President of the United States decided to improve public education policies, he confidently focused on the expansion of early childhood. As a result,  Salvatore was selected, by the U.S.  Dept. of Education  as a national presenter. His evocative descriptions and detailed illustrations pertaining to the importance of early childhood education were well received by officials throughout the country.

Moreover, he has been a longstanding partner with the N.J.  Dept.  of Education. He has served on the Department’s Administrator Advisory Committee, which was charged with improving the existing processes of teacher and principal evaluation for New Jersey. He was also identified for another N.J. initiative with the Department: to develop collaborative toolkits, which were anticipated to improve communication in schools throughout the country. His team assisted in the development of materials and protocols that were unveiled at a national education convening in Washington, D.C. This convening was the final collaborative phase to the federally sponsored Race to the Top Initiative.

Currently,  Salvatore is collaborating with the Department and  CCSSO to redefine national early learning standards in mathematics through an intensive case study in his schools. Further, he is working with the National Institute for Early Education Research on a multi-year study to see how preschool policies and practices influence child development and health.

Developing partnerships has been a focal point for  Salvatore, especially in higher education, as he realizes the importance of earning a college degree for his students. Thus, he has forged relationships and has acted in an advisory capacity with Monmouth University, Rutgers University, Montclair State University, Kean University, The College of New Jersey, University of Denver and Brookdale Community College. He has imparted his practical experiences through steering committees, development councils and even serving as ‘teaching fellow’ and course designer for Monmouth University’s inaugural doctoral program. Further, he has worked as an adjunct professor for graduate and undergraduate coursework since 2001. 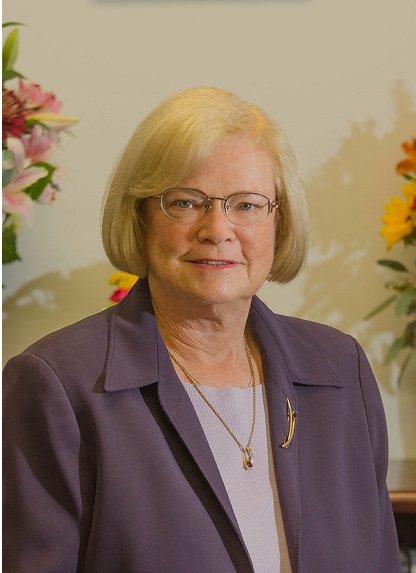 Bold. Visionary. A leader for today’s challenging times. That, in a few words, describes the 2018 New Jersey State Superintendent of the Year,  Kathleen Taylor, superintendent of the Ocean City School District (https://oceancityschools.org/newsdetails/117) .

The borders of the K-12 district, located on an island in the southern portion of New Jersey, touch those around the world and the International Space Station.

Ocean City is fortunate to have  Taylor at the helm. In 2014 and 2015, when two Ocean City students took their own lives, she  made the bold decision to address mental health head-on. She involved teachers, administrators, board members, parents, police officers, clinicians and community members. The goal was to empower students to cope with life’s stressors. Now mental health is an integral part of the student learning experience at Ocean City schools. Friends, family members, faculty and staff are equipped with resources to support students in need.

Through it all,  Taylor has never once lost sight of what ignited her passion for education—and that is her students. From her vantage point of 25 plus years’ as a school leader, she is most proud of fostering “leadership for learning.” She has closed the achievement gap by making achievement a district goal, in which  teachers, administrators and the chief education officer are evaluated.

Taylor has also actively engaged the students’ parents in ways that can help their children. This educator-parent partnership has enabled students to grow academically in ways that would otherwise not be possible.

Taylor is a mentor to many—including Amy Andersen, the 2018 New Jersey State Teacher of the Year,  Matthew Jamison, the 2018 New Jersey Visionary Principal of the Year,  and Nora Favezani, the 2018-2019 Student Representative to the New Jersey State Board of Education.  Taylor inspires excellence from the preschoolers taking their first tentative steps into the classroom to the graduating seniors taking their first tentative steps into the world.

A prolific writer and presenter,  Taylor serves as chair of the NJASA Curriculum and Instruction Committee. On behalf of NJASA, she participated in the NJEA Teacher Leader Summit. She also co-wrote a grant for the EE4NJ Pilot Program. Subsequently the Ocean City School District was selected as one of the 10  Cohort I Pilot Districts.

Taylor believes that education, particularly public education, is the pathway to prosperity and happiness for citizens and our society. Having educated teenagers for most of her career, she knows that there are many teenagers who have a clear idea of their career choices and take steps to pursue these choices.

She is also aware of the other teenagers who do not have any idea of a career direction. Through her dissertation research,  Taylor found that teenage parents in her study did not have a realistic view towards a life direction. Using the citation from the Children’s Defense Fund, that the “best contraceptive is a real future,”  Taylor studied how to assist high-risk young adolescents in realizing and believing that s/he does have a real future.

In  Taylor’s words, “The way to assist them is through career educational programs that expand their perception of a future and address their career development issues. Young children come to school full of hopes and dreams. It is our task as educators to determine how best to keep those hopes alive and turn their aspirations into reality.”