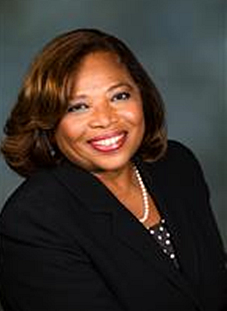 As co-chair of the NYSCOSS curriculum committee, Lewis helped lead an effort to define college and career ready in New York State.

In 2012, the New York State Education Department provided a definition of College and Career Ready (CCR) that was based on two scores attained on two state exams. Without much research to validate this definition, graduation benchmarks were established for the Class of 2022 as the attainment of a 75 on the English Language Arts Regents and an 80 on the Algebra I Regents. At that time, only 35 percent of students statewide and 50.1 percent in Long Island districts had earned CCR benchmarks. In 2016, these results were even less as the results of the Common Core Regents exams were significantly lower than that of the 2005 standards examinations.

At Plainview-Old Bethpage CSD, with a graduating class of 400, they typically send 14 percent of their students to Nassau County Community College (NCCC). If the students were going to be successful at this two-year setting, they had to ensure that they were beginning their college years better prepared than these statistics were showing. Partnering with NCCC to prepare students so they didn’t need remediation upon entering community college was planned.

The success of the pilot during the 2013-14 school year proved so successful they expanded the efforts for the ensuing year. They are now entering the 4th year of collaboration with NCCC.

The table shows the results for the 35 members of the Class of 2015 who participated in the study. Students were tested in January and identified for remediation classes.

The entire process has engaged the high school faculty in what it means to have graduates assured that they are ready for their next challenge when they leave high school.  Since 2013-14 when the pilot began, the school district has followed up with their graduates with a five-year tracking survey. The hope is that the survey will provide a deeper insight into their level of preparedness, as well as provide honest feedback on how to improve the system for greater success.

According to Lewis, “Until districts become seriously engaged in looking at the performance of the entire spectrum of their graduates and dig deeper into the data, we cannot honestly claim to have completed the task of preparing our graduates for the challenges of the world they will enter.  At Plainview-Old Bethpage CSD, we feel we are on the right pathway.” 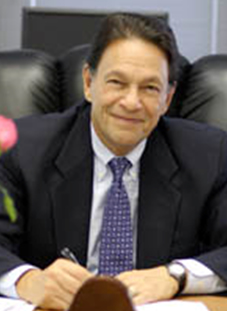 Hank Grishman (http://www.jerichoschools.org/district/superintendent) reflecting on his 41 years as a superintendent in New York State, believes strongly that much of his success can be attributed, in large part, to the amazing, dedicated colleagues he has had the privilege to work with. Together, they have provided the students they serve with a quality education in a challenging, supportive and safe environment.

One of the most difficult, yet memorable days of his career was September 11, 2001. It was a day that forever changed life as we knew it, affecting everyone. Jericho was directly impacted since many parents worked in Manhattan. How the district handled that crisis, and how the community came together, was nothing short of miraculous.

As these horrific events unraveled, the district leadership team came together to make decisions on how we as a school community would respond. Communication to New York City was completely down and district staff had no idea as to the well-being or whereabouts of the parents and relatives of students. It became immediately apparent that how district staff handled dismissal would be a challenge. It was very possible that this might mean sending students home to empty houses.

Escorting every one of our 3,200 kids home that day was the only option. The district leadership asked staff to volunteer to ride buses and to maintain safe sites in district buildings. If parents were not home, students were brought back to the school where Jericho staff provided both physical and emotional support. All members of district staff volunteered, despite trying themselves to reach their own family members and make some sense of the tragedy. They stayed and helped and never complained. At the end of the day, students were reunited with their parents—in some cases well into the night. Although several community members died, as well as relatives of community and staff members, fortunately, no Jericho children lost their parents that day. Those parents trusted district staff with their most prized possession and district staff never took that for granted.

Leadership is a team effort. The Jericho team could not have displayed a better example of educators coming together during a life-changing event on behalf of a total school community.