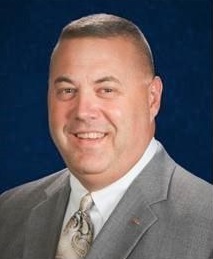 Warner Ross was appointed as director of schools for the Hardeman County School District in July 2012 and continues to serve in that role. A native resident of Hardeman County, Warner began his education career in 1992 as a middle school classroom teacher. During the past 26 years, he has served the district in various capacities to include classroom teacher, bus driver, assistant coach, lead facilitator for school planning, assistant principal, principal and director of schools.

Warner is also a 28-year member of the Tennessee National Guard. Throughout his military career, he served in positions of leadership at platoon, company, battalion and brigade levels. His current assignment is commander of the 194th Engineer Brigade.  Since the events of September 11, 2001, Warner has completed two combat tours with students he taught during their middle and high school years.

Multiple stateside mobilizations in response to storms, hurricanes and other traumatic events allowed him to work alongside his former students in helping neighbors in time of need. He said that watching, teaching and training these young students to become proud soldiers, sailors, airmen and solid citizens has been one of his greatest privileges.

Warner’s military experiences and training are structured to always include a task and purpose approach. This simple approach provides both soldiers and students with the “what” and, most importantly, the “why” of the mission or classroom task. These leadership concepts readily translate into his educational leadership. In addition to task and purpose, an effective leader goes beyond to infuse a level of enthusiasm energy into the task and purpose.

As an educator, he works to inform and excite stakeholders, staff and students to help them accomplish their most ambitious goals regardless of resources or circumstances. 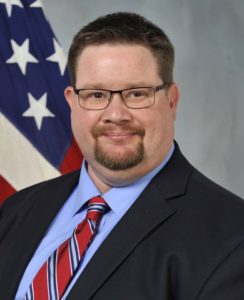 David Martin accepted the superintendent’s position at the Tennessee School for the Blind (TSB) in June of 2017. He brings to this position a wealth of knowledge from a wide range of experience.

Martin previously worked in a youth services non-profit in South Central Los Angeles in the corporate sector in Tennessee and Florida, as a social studies teacher in Orlando, Fla., as a law and social justice teacher in Atlanta and as a school administrator at the Department of Defense Educational Activity.

At TSB, Martin serves students from Tennessee both at the school and provides resources for districts across the state, which brought him full circle with his desire to increase his reach over student achievement. While his school encounters many of the same challenges that other districts share, it also runs into unique situations that come along with a residential facility. He has made it a priority to work closely with his superintendent colleagues across the state to collaborate with other schools for the blind across the country. Learning from other leaders has greatly enhanced his ability to make a significant difference within his own district.

Martin’s mission is to ensure that he and everyone around him keep kids at the center of their decision-making process. We all know that doing what is best for students is not always the easy way for the adults but, it’s the right thing to do. He has told his staff that if they continue to keep what is best for students as their compass, their decisions will consistently be sound.

Martin is a staunch advocate for his students and school. Serving young people and ensuring they are as successful as they can be are the reasons, he became an educator.  Making sure teachers have what they need to be successful in the classroom, ensuring his school is clean and safe for those that inhabit it, and providing resources to help students across the state are his priorities each day.