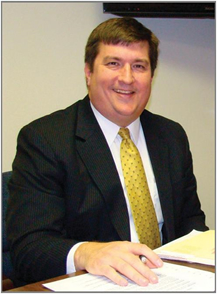 David Sovine (http://www.frederick.k12.va.us/about_us/superintendent) brought leadership and teaching experiences from the elementary, middle and high school levels with him when he became superintendent of Frederick County Public Schools in 2011. Although Frederick County is considered a rural school district, it faces a variety of challenges associated with growth as well as increasing diversity/student needs as the Washington, D.C. suburbs continue to expand westward.

In his role as superintendent, Sovine has consistently served as a strong advocate for students, teachers, administrators and public education. During his five-year tenure as the chairman of the Virginia Association of School Superintendents Legislative Committee, he has addressed a variety of critical educational issues with leaders in both the nation’s capital and the Virginia General Assembly. His advocacy and community engagement efforts at the local level have resulted in Frederick County Public Schools implementing new programs such as preschool, full-day kindergarten and a Summer Academy. In addition, his leadership has resulted in the construction of several new schools that are energy efficient and feature contemporary learning spaces. 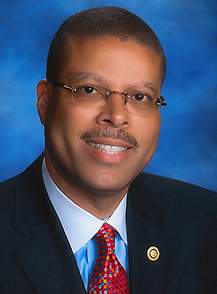 Superintendent Jeffery Smith’s leadership has been at the center of Hampton City Schools’ high school transformation. Hampton is transforming the traditional high school experience into an innovative model through the Academies of Hampton, which prepares all students for careers, linking academic courses to college majors and career sectors. He has been at the forefront of leading this transformation as co-chair of the operating and steering decision-making committees of the Academies of Hampton with the partnership of staff, students, families and more than 200 community leaders.

Students and teachers use experiential learning to make lessons come alive. Different pathways, designed and supported by community partners, are created to introduce students to a variety of college and career options. With the Class of 2021, the division has moved from five pocket academies and 18 pathways to 16 wall-to-wall academies with 44 offered pathways based on high-demand, high-wage jobs.

Hampton City Schools was featured in Old Dominion University’s 2018 State of the Region Report as “The Next Generation of Learning in Hampton Roads.” The Academies of Hampton was also highlighted nationally by the Center for American Progress as one of the four models working across the country; a model for other communities to examine as they work toward high school redesign.