Leaders Matter in our efforts on advocacy.  Part of AASA’s mission is to enable the advocacy of its membership by sharing timely information that creates meaning out of the complex issues surrounding education policy. Advocacy is where AASA’s voice on education policy comes to life and AASA members are routinely asked to serve on various panels exploring critical policy matters on Capitol Hill.

The resiliency of AASA members continues to rise to the top. These outstanding school system leaders are showing the country that they are the best thought leaders in public education — true ambassadors for our nation’s public schools.

David Cox, superintendent of Allegany County (Md.) Public Schools, testified before the House Education and the Workforce Committee in November 2017 in a hearing that examined how the opioid public health emergency is affecting American families, communities and the economy.

Gary Lilly, director of schools with Bristol (Tenn.) City Schools, testified before the House Education and the Workforce Committee in May 2018 in a hearing that discussed student privacy and the importance of protecting students’ personally identifiable information (PII) and data.

In July 2017, Pletnick, was among a panel of education leaders who testified before the U.S. Education and the Workforce Committee in a hearing that discussed the progress of statement implementation of the Every Students Succeeds Act (ESSA). In her testimony, Pletnick discussed stakeholder engagement, multiple indicators, and continued challenges to implementation.

“It is critical we work to ensure the underserved populations in our schools truly benefit from the educational promise that the Every Student Succeeds Act (ESSA) was designed to deliver,” said Pletnick prior to the hearing.

Pletnick also testified before the Senate Health, Education, Labor & Pensions Committee in July 2016 in a hearing that focused on proposed regulations related to the Every Student Succeeds Act (ESSA). In her testimony, Pletnick discussed the critical backbone of ESSA, state and local authority and decision making, and ensuring that any regulations provided from the federal government preserve that deference and are written in a manner consistent with the underlying statute.

Pletnick has been a member of AASA’s governing structure since 2008 and has served on the organization’s executive committee since 2013. She has also been a member of the Arizona School Administrators Association since 2002. Pletnick began her tenure as superintendent of Dysart Schools in 2007.

David R. Schuler is the superintendent of Township High School District 214 in Arlington Heights, Ill. A national education leader, Schuler was named the AASA National Superintendent of the Year® in 2018 and served as the 2015-16 president of AASA.

As an illustration of serving as a voice for school district leadership beyond his district and state, Schuler testified before the Senate Health, Education, Labor & Pensions Committee in February 2016 in a hearing focused on education stakeholder perspectives in in ESSA implementation.

In his testimony, just two months after ESSA was signed into the law, Schuler talked about the importance of ensuring that regulations are consistent with the underlying statute, the critical nature of broad stakeholder engagement, and the need to avoid duplicity in data collection.

Paul “Vic” Wilson is the executive director of the Council for Leaders in Alabama Schools (CLAS). The organization’s mission is to coordinate and facilitate the resources of all members for the advancement of public education.

During his tenure as superintendent of Hartselle (Ala.) City Schools Wilson testified before the House Education and the Workforce Committee in February 2016 in a hearing designed to help members of the committee better understand what state and local leaders expect from the recently passed Every Student Succeeds Act (ESSA) and discussed opportunities to ensure control over K-12 education is restored to states and school districts.

In his testimony, Wilson thanked the committee for their bipartisan support and leadership for the new legislation, which returned significant decision making and authority to the state and local level and cautioned against overreach or prescription in implementation that would tie the hands of state and local education leaders.

“I am very proud to represent the voice of superintendents in my remarks as I look forward to today’s hearing,” said Wilson. “We applaud our federal policymakers for crafting legislation that recognizes the critical roles played by our states and local educators in our collective efforts to significantly raise student outcomes. With local control, we are better able to meet the needs of all students, no matter what zip code they’re from.”

Wilson was named the Alabama State Superintendent of the Year in 2017. 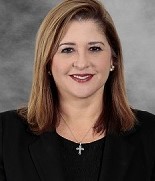 Ruth Perez, superintendent of California’s Paramount Unified School District , testified before a Senate Committee on June 20, 2018, on legislation that would authorize districts to offer college entrance exams at no cost to students. Perez spoke in favor of two bills. One would prove college opportunities for all students by authorizing districts to offer college entrance exams like the SAT or ACT. This would eliminate barriers for disadvantaged students to consider college to prevail.

The other bill would authorize single school districts to use the local school improvement plan required by the state, to serve as the school plan for student achievement (another required plan) provided the local plan meets federal requirements. This provision will be beneficial particularly for small and rural districts that have a single school site as they have limited capacity to complete separate reports that have similar information. 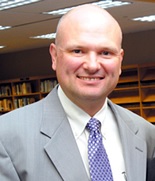 Eric Eshbach, superintendent of Pennsylvania’s Northern York County School District , testified on May 26, 2016, before the House and Senate Education Committee in a joint public hearing on an alternative approach to school district funding called “Equity First.” His position was to support the use of the basic education funding formula that had recently been adopted and to oppose an alternative-funding proposal.

Eshbach also testified on May 18, 2016, on behalf of the Pennsylvania Association of School Administrators (PASA) at a public hearing on the implementation of the Every Student Succeeds Act. In his testimony, he urged state lawmakers to be cautious of hidden NCLB policies that had been codified in the state and to either update them to reflect new ESSA requirements or to repeal them. 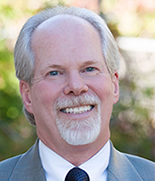 Frank Hewins, superintendent of Washington’s Franklin Pierce Schools, testified on January 22, 2018, before the Senate Early Learning & K-12 Education Committee on a bill titled, “Revising Education Funding Reform Provisions”. In the 2017 Session, policymakers made sweeping changes to the K-12 education-funding model with the intent of overcoming inequities in a decades old funding model. Hewins said, “We appreciate the efforts made by the Legislature last session to do the extremely heavy lifting in making significant changes to a very old an inequitable system of funding our public schools. We know your intent was to do your best to create equity within schools and districts through the state.” The bill never left committee. 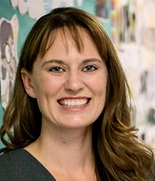 Heidi Sipe, superintendent of Oregon’s Umatilla School District , testified on February 17, 2017, before the state’s Joint Committee on Ways and Means about state school funding. “I believe sharing superintendent voice is essential to ensuring education is prioritized in legislative action,” said Sipe during her testimony. “We cannot expect leaders to understand our work. It is our responsibility to share experiences and needs to guide their actions. If we don’t speak, the conversation will be led by others.” 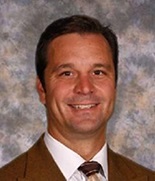 The state of Michigan was in the process of revamping the accountability system throughout Michigan Public Schools. Some legislators were strongly advocating for a single letter grade for every school building. Ceglarek presented data and research on the inherent problems with the system and proposed a new system of accountability. 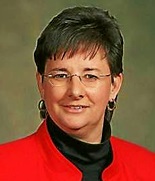 “Advocacy is an important part of our role as a superintendent. Sharing the story of our district and the impact policy will have on that story helps members of the legislature reflect on the consequences of a specific policy,” said Wentzel.