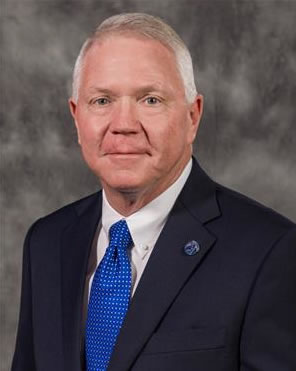 Fortunately, the Board had the foresight to hire a seasoned and trusted Baldwin County educator to lead the school system in a new direction. As a former teacher, coach, assistant principal, principal, assistant superintendent and superintendent, Tyler brought a wealth of knowledge and experience to the position of superintendent in the BCPSS. His hiring resulted in a collective sigh of relief throughout the school district because he was well known, trusted and respected.

After a little more than three years on the job, Tyler helped BCPSS overcome all of the challenges mentioned above. His tremendous leadership and personal skills are renowned. He is a hard worker who puts in long hours on behalf of the school system. He surrounds himself with an executive staff who are well qualified to run their respective divisions. e He listens to their advice, considers all perspectives and then makes tough decisions. He is supportive of all local school leaders and their respective staff.

The needs of students are always his top priority. He is a tremendous advocate for excellence in the Baldwin County Public School System. He is the “face” of the school system, and the system is grateful for his leadership and support.

Tyler’s job is multi-faceted. As the district’s superintendent, his decisions impact finance, building projects, academic achievement, human resources, safety, technology, and many other areas of responsibility. His job is enormous.

Beginning in October 2015, Tyler worked with John Wilson, the chief school financial officer of the school district, to complete a line-by-line review of the system’s budget, identifying areas to cut that did not impact the quality of resources dedicated to classrooms. His financial decisions allowed almost $15 million per year to be set aside for capital projects.

In an effort to address the need for new schools and growth in student population, Tyler and the CFSO developed plans, strategies, and methods that were unique. Tyler consulted with financial experts and worked with the Baldwin County Commission to develop a creative method of swapping tax revenue in return for codifying a 1 percent sales tax that was set to expire in 2018. By doing this, the County Commission provided financial stability in the form of a permanent tax. This relieved a tremendous amount of financial pressure from the school system and stopped the district from constantly worrying about bringing tax initiatives before the public for consideration.

Since the County Commission and the public were opposed to the district taking out 30-year construction bonds, Tyler and Wilson created an innovative financing structure with Regions Bank that allowed the district to borrow $60 million over a four-year period. This plan provided money for the building of four new schools and paying off that debt within the four-year period. This financing structure allowed the district to meet its capital needs, all without taking out long-term bonds or requesting additional taxes. The four-year cycle is renewable, and the district is already planning for phases two and three of the four-year construction cycle.

Beginning with the 2018-2019 academic year, Tyler successfully proposed a 5 percent pay raise for all employees. He asked the Board to match the 2.5 percent state raise with another 2.5 percent raise provided by BCPSS. This allowed BCPSS to establish a salary for beginning teachers that is greater than 5.5 percent of the state salary schedule. This raise allows BCPSS to be very competitive with hiring practices, enhancing the district’s ability to attract the best teachers.

The school system has become increasingly academically successful under Tyler’s leadership. His many accomplishments in this area are due to establishing an academic vision for BCPSS. This vision, known as the Four Part Plan, drives all curricular and academic decisions made at the district and local school levels. Tyler’s mantra is that “academics leads”, and that all district decisions must be made in light of providing the best possible education for all students.

In just three years, Tyler’s decisions have resulted in:

Under Tyler’s leadership, employee morale has tremendously increased. Student academic achievement is monitored constantly, instructional expectations have increased, and academic interventions are timely and effective. Students, employees, parents and community stakeholders are the grateful benefactors of his efforts.

Tyler has been instrumental in supporting initiatives in the area of Human Resources that not only provide for the emotional health and well-being for our employees, but that also help employees more fully focus their efforts on students. Examples of some initiatives are:

Tyler’s vision to foster the development of a progressive school district is a model for all other school districts in Alabama. His vision for providing safety and security also supports the educational, social, emotional and mental health needs of the district’s 32,000 students and 4,000 employees. He believes that an essential component of a successful school system is a total commitment to school safety. Because Tyler is a strategic thinker and problem solver, he addresses this issue by collaborating with stakeholders from throughout Baldwin County. As the incidence of on-campus threats to schools becomes increasingly common in the nation, Tyler endorses a “whatever it takes” attitude to protect our students and employees.

Some of Tyler’s safety initiatives include: