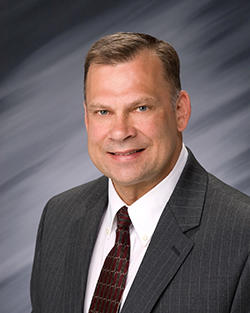 Brian Flones has been the superintendent of the Wenatchee School District for the past 19 years. During that time the district has undergone some dramatic demographic shifts.

For example, in the past 10 years, low-income students have increased by 18.5 percent and now make up 57 percent of enrolled students. Hispanic enrollment has increased from 27 percent to 50.8 percent during the same time frame.

In an effort to provide support and hope to all students, resources have been aligned to provide opportunities such as AVID (Advancement Via Individual Determination), college mentors, Gear Up and 21st Century grant-funded after school programs, family advocates and many career connected learning opportunities.

The vision has been able to provide students with academic support to ensure graduation and a belief in their abilities to be successful in college.

Based upon the data, there is evidence to suggest the efforts are paying off. Throughout the past five years, the on-time graduation rate has gone from 67 percent to 84.3 percent. In the most recent college enrollment report, 67 percent of all Wenatchee High School students enroll in college upon graduation.

There is much work to be done, but as a result of Flones’ leadership, there are many foundational pieces in place that are making a difference. 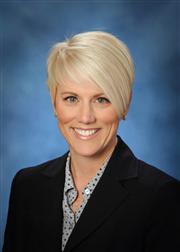 Over the last two-and-a-half years, Michelle Whitney has engaged in thoughtful, strategic, compassionate leadership that has united staff, students, parents and community members around a common commitment (https://www.psd1.org/Page/9455). Her work has engaged staff, rebuilt a partnership with the teachers’ union, created focus and structure for the school board, and is fundamentally changing the culture of the school district.

To fully appreciate the impact of Whitney’s leadership, it is important to understand the environment she walked into when she assumed the superintendency in 2016. In the prior year, the district endured a 10-day teacher strike which deeply divided the community and the district organization. Beyond the financial and logistical impacts, Whitney faced a confrontational collective bargaining relationship, a negative culture, and residual anger and fatigue in district leadership and the community. Overall, morale was low and the district lost sight of its common purpose.

In Pasco, this common purpose is essential to serving its students. The school district is a majority-minority, predominantly low-income community (approx. 65 percent FRM) where more than 35 percent of the 18,000 students are English language learners.

Many students and parents face tremendous challenges and it takes genuine dedication from staff and leadership to serve them. The work is difficult but rewarding. The residual effects of the strike, however, overshadowed the mission.

At the all-staff rally to start the 2016-17 school year – the first since the strike and the first for Whitney as superintendent – she stood up in front of 1,200 staff members and shared her personal story. She drew parallels to the lives of the district’s students, and in the face of fear and uncertainty, offered a message of hope and a call to re-engage in the common purpose of the work. She reinforced a message of service to students, families and each other. Starting a call and response, she declared, “We are Pasco!” This simple statement of unity became the first building block in her work to change the district culture and improve the school experience for students.

Whitney has used this common message to unite staff, administrators, parents and students around a series of initiatives. Rather than imposing these ideas from the top down, she leads from the middle. Her approach is to routinely engage staff, parents, community and students to dig into problems and develop solutions together, creating buy-in rather than roadblocks. Through this approach, she has led the creation of Pasco’s Outrageous Outcomes, a set of ambitious student learning and graduation goals that use targeted actions from kindergarten through 12th grade to ensure academic success for all Pasco students. All of Whitney’s leadership initiatives – fiscal, operational and academic – are connected to these Outrageous Outcomes, reinforcing a common mission and purpose.

It can be difficult to measure the impact that an organization’s culture, morale and level of staff engagement can have on schools and students, especially after less than three years. However, an analysis of Pasco’s CEE data, which measures staff perception of district office effectiveness, shows remarkable results. Pasco has been collecting this data at the school level through staff surveys for many years. The district saw results plateau around 2014, and understandably those results took a significant dip in 2015.

However, the most recent survey met or exceeded the 2014 results. Such a significant jump can only be attributed to Whitney’s stellar leadership. She approaches the work thoughtfully and strategically, with compassion and heart.