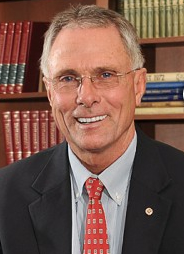 Kim Alexander (http://www.roscoe.esc14.net/upload/page/0020/docs/1516From%20the%20Superintendent.pdf) is the superintendent of Roscoe Collegiate Independent School District, which has a student population of 541. It serves the rural community of Roscoe, Texas, near Abilene in the central plains region of the state.

Alexander has been superintendent since 2004 and in that time has helped transform the district from the 20th century concept of a school district into more of a System Model approach. The district not only offers early college high school, with 96 percent of students earning associate degrees along with their high school diplomas, but it also has an edu-vet program for students interested in veterinary careers and an award-winning drone program.

Alexander continually thinks and works “outside the box” to help Roscoe students break the cycle of poverty through education and STEM-related curriculum that prepares graduates for 21st century careers.