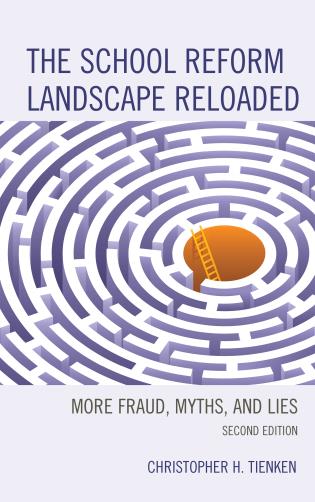 The School Reform Landscape Reloaded: More Fear, Myths, and Lies peels back the curtain of school reform to examine the tensions that exist between the democratic and equitable system of public education and the emerging dual system based on elite interests aimed at profit-making and decreasing education equity. The author takes in-depth and controversial look at school reform since the launch of Sputnik I. Education reform events, proposals, and policies are examined through the lens of progressivist philosophy and critical social theory. Some of the issues and policies critiqued include the neoliberal corporate influence on education, the Sputnik myth, A Nation At Risk, standardization, charter schools, and other relevant topics. The author provides an evidence-based view of the free-market reform ideas and he pierces the veil of the new reform policies to find that they are not built upon empirical evidence, but instead rest solidly on foundations of myth, fear, and lies. Ideas for a new set of reform policies, based on empirical evidence and supportive of a unitary, equitable, and democratic system of education are presented.